The challenge for our Education Architects  was to create a new contemporary dining space within the school grounds located in an existing landscaped garden. This space needed to serve several purposes: 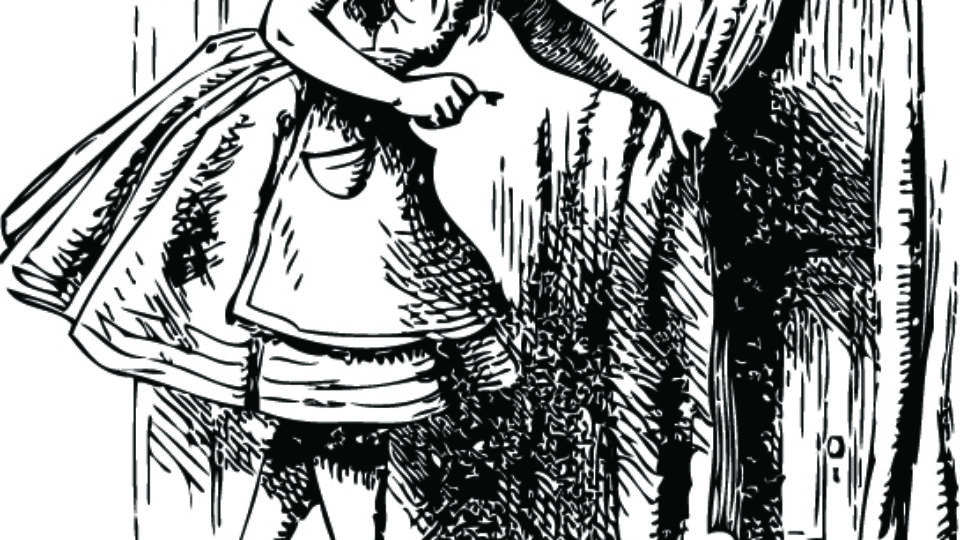 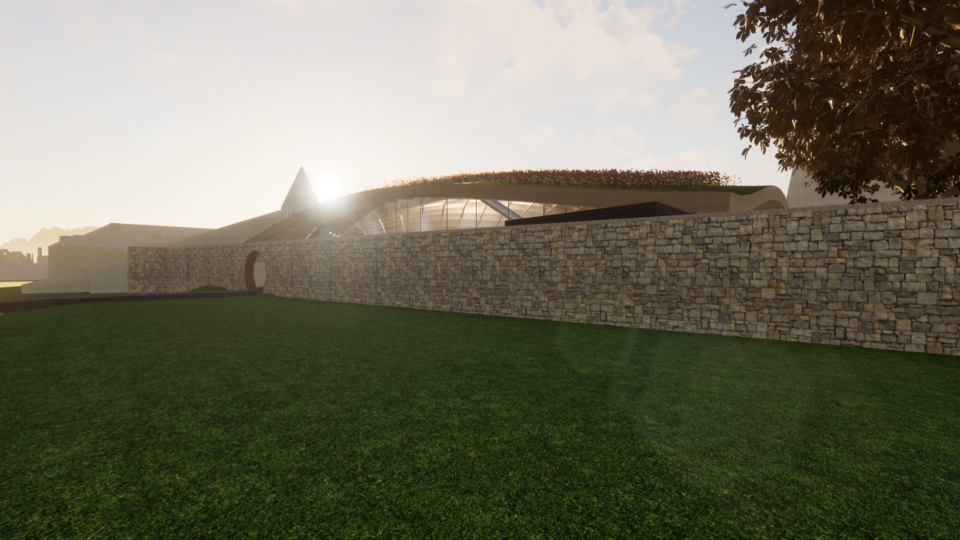 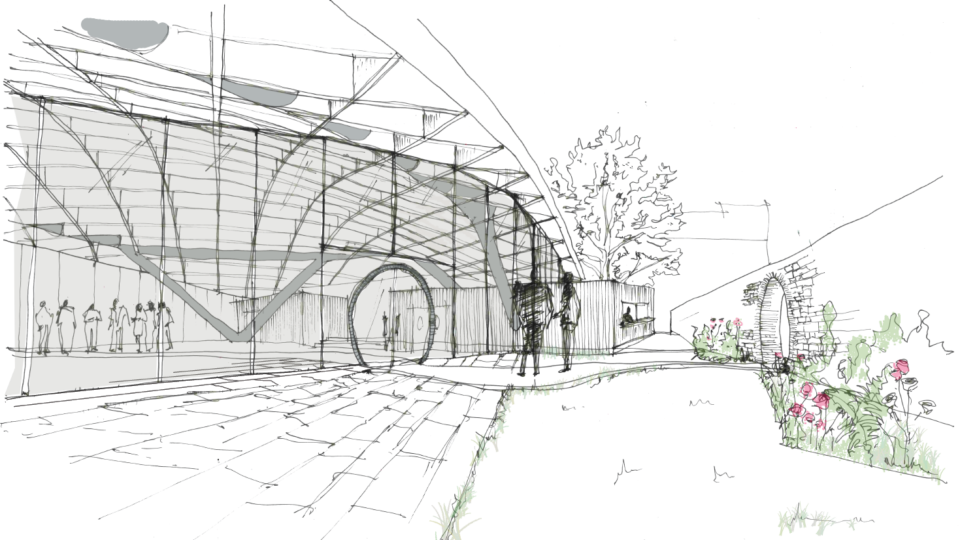 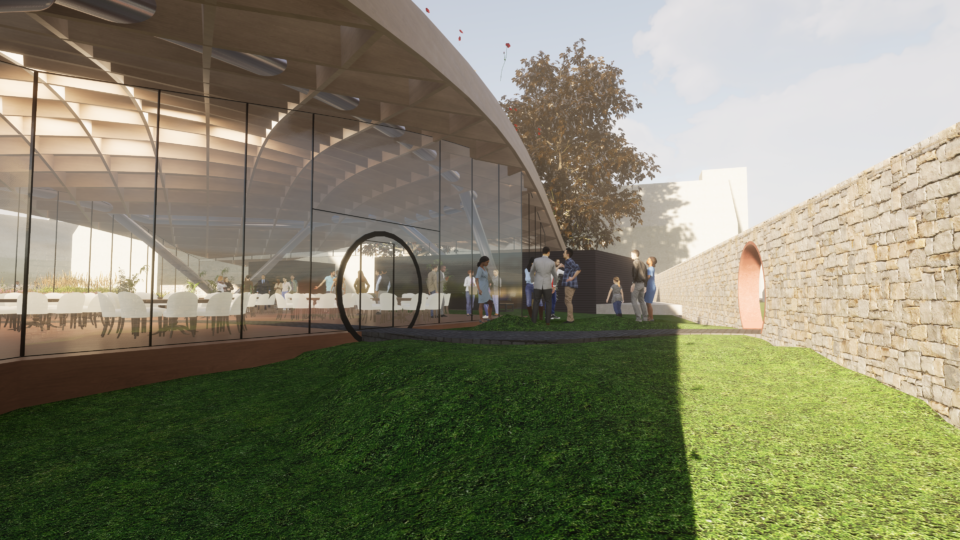 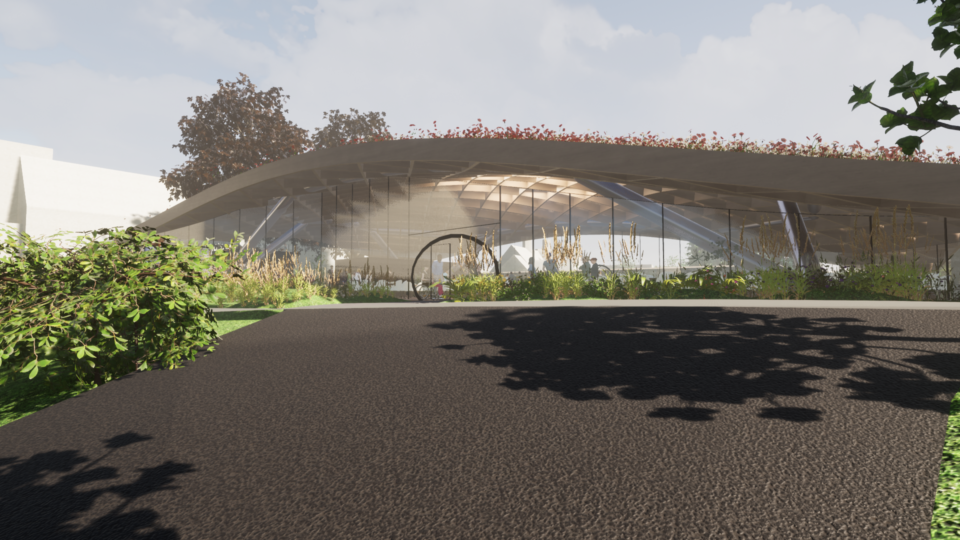 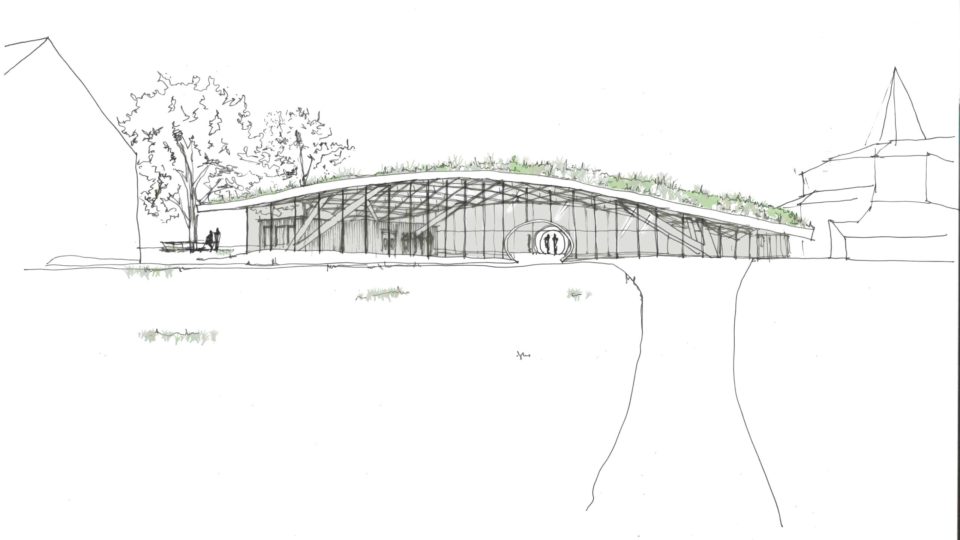 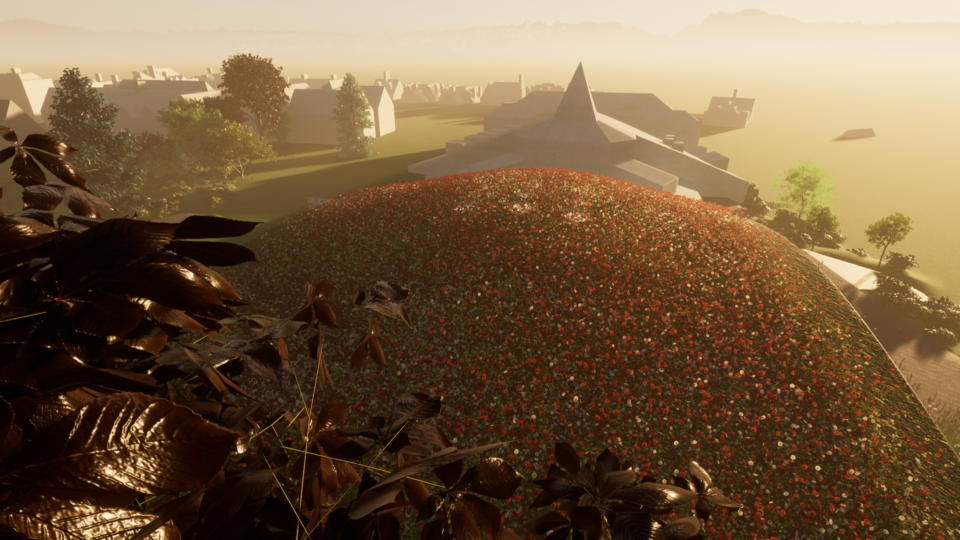 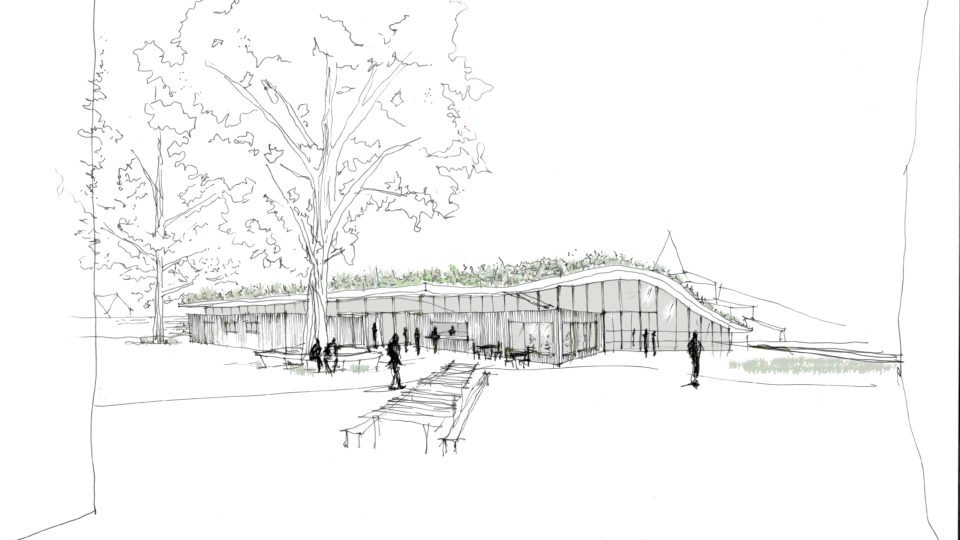 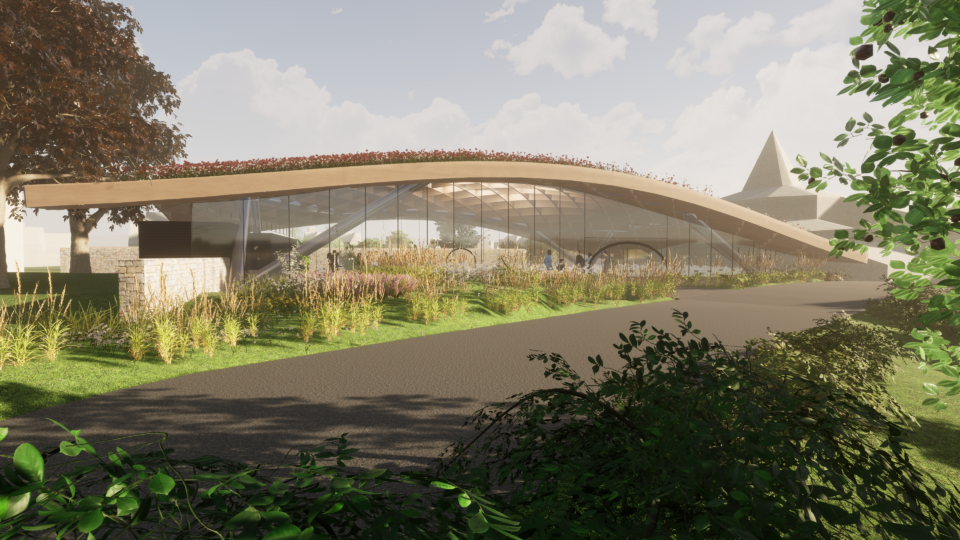 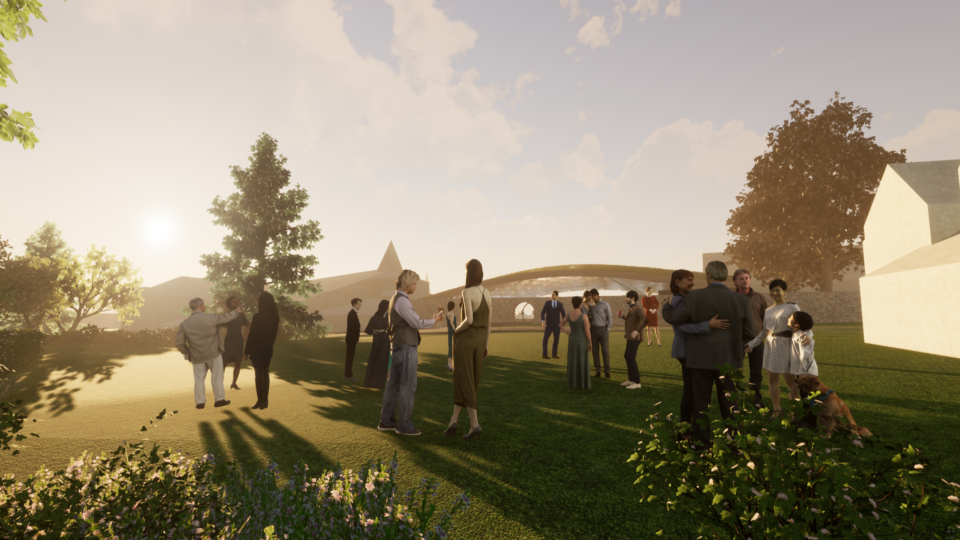 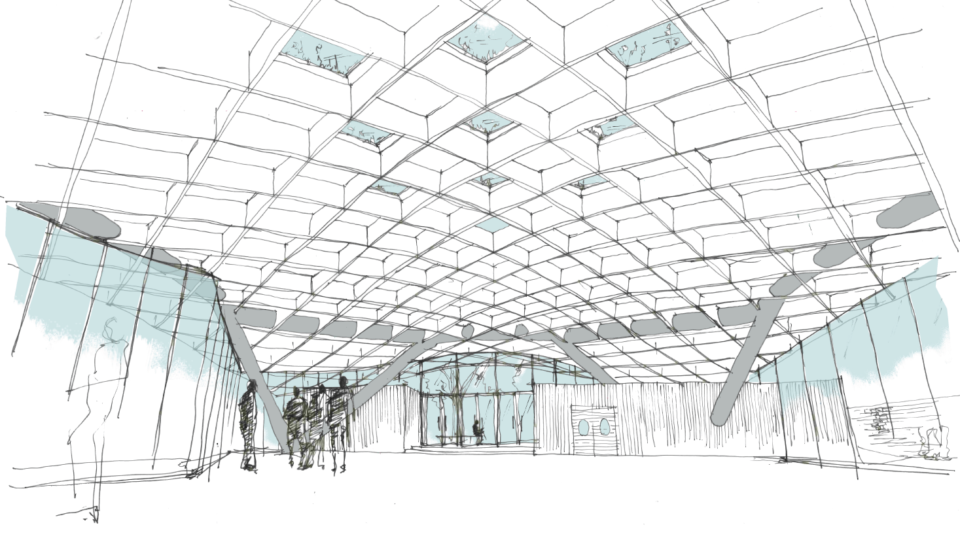 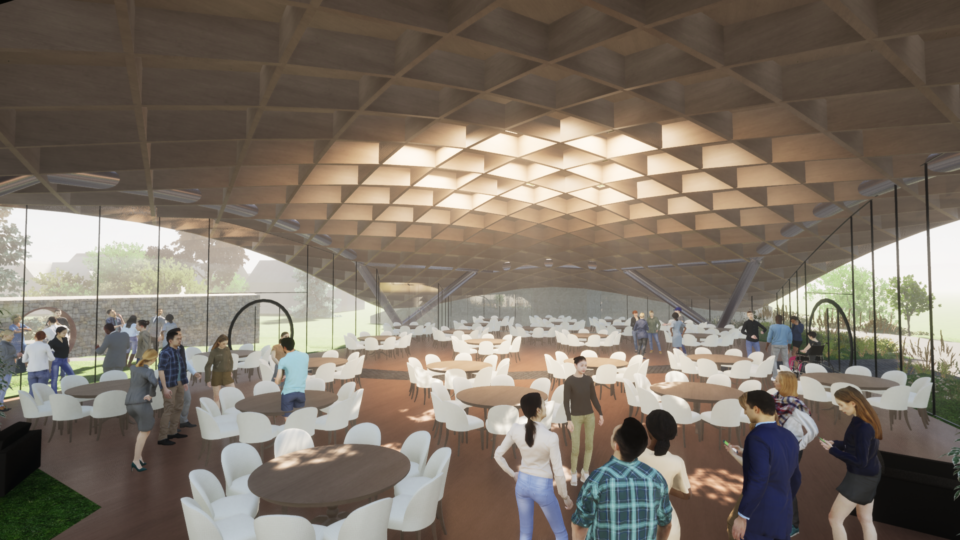 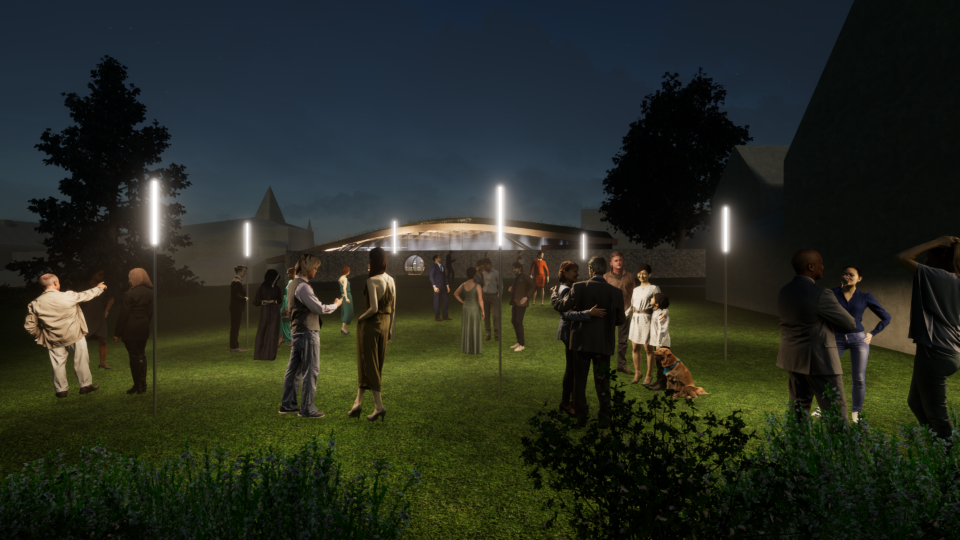 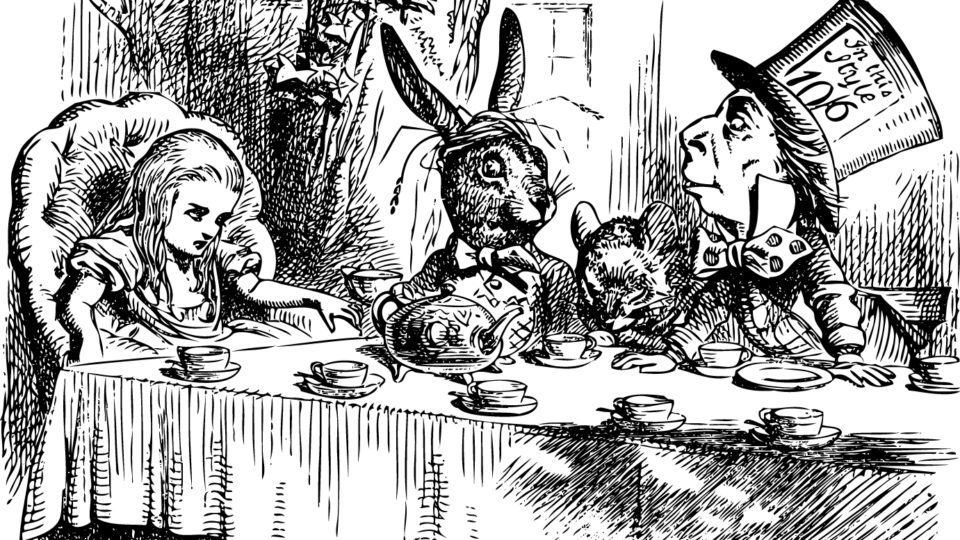 Our approach was to use the idea of the existing garden as a surface, cut it from the landscape and lift this surface to become a canopy which could contain a flexible space below, facilitating eating and entertaining, whilst forming a wayfinding link to different parts of the school.

Quattro’s School Designers retained the existing café found on the edge of the garden. Constraints included two large trees on the site adjacent to the existing café, which, due to root protection, would have made it impossible to construct a new building in such close proximity to  these trees. Our vision was to create a large span green roof and we felt that a timber grid shell structure would be the perfect solution. We teamed up with structural engineers Arup, who assisted us in developing a structural solution to deliver this innovative design which was also enclosing in form, thereby creating intimacy under this stunning organic surface .

The grid shell design facilitates shafts of light to shine through the enclosure, creating drama. The brick wall surrounding the site contained a small doorway leading to the headmaster’s garden. Like Alice’s adventures in Wonderland, by Lewis Carroll, we wanted to capture the feeling of uncovering a small doorway behind a curtain with the glazed wall and addition of long grasses towards the entrance. The journey of falling down the Rabbit Hole is further intensified within the facade by using large entrance doorways which can fold or pivot, containing a smaller opening door.

The drama and excitement of attending the Mad Hatter’s Tea Party would not be lost when dinning in this amazing grid shell configuration…….