Quattro Design Architects was appointed to carry out internal alterations for a large manor house in Gloucestershire and to replace the substandard modern extensions. The house is a substantial detached dwelling which was purchased as two residential units. The original house had been extended and the rooms subdivided such that the former proportions and flow of the individual country houses were lost, and the dwelling was very disjointed.

The intention was to revert the units to a single-family dwelling and for our client and family to live at the house. There is a detached coach house located within the grounds along with a double garage, stable block and menage. The property is accessed via a gravel driveway which allows off road parking for a number of vehicles, it is not visible from the road.

The east wing side of the house (overlooking the coach house) was built around 1838 and the west section (overlooking the fields) was built in 1901. A number of additions were also made in the 1970s. The original sections of the house (constructed in 1838 and 1901) comprise solid rendered masonry walls, with stone details around openings. The modern extensions are constructed of cavity rendered masonry walls. The main roof is pitched clay tiles. Commercial premises lie to the northwest of the house, to the southeast there are residential properties and to the southwest and northeast, farmland.

Quattro’s principle challenge was to meet our client’s brief: 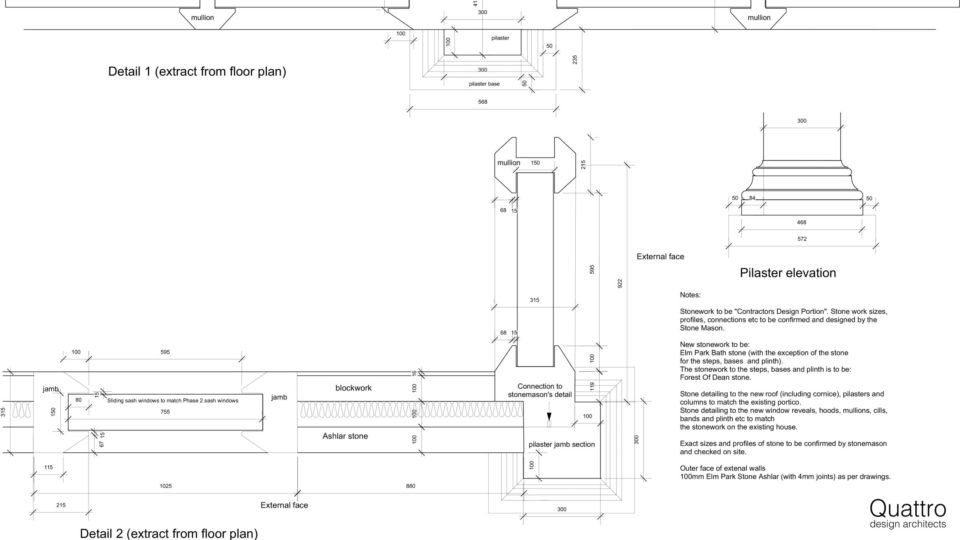 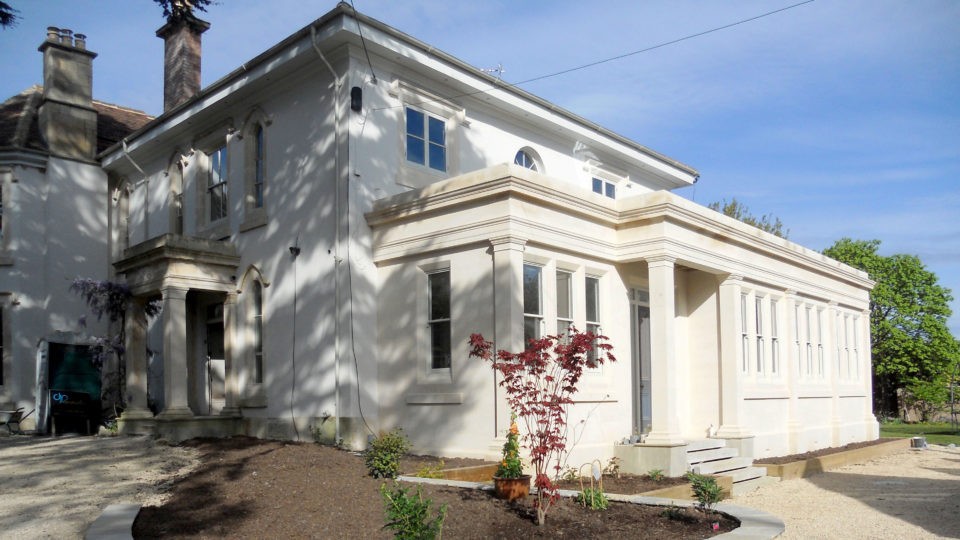 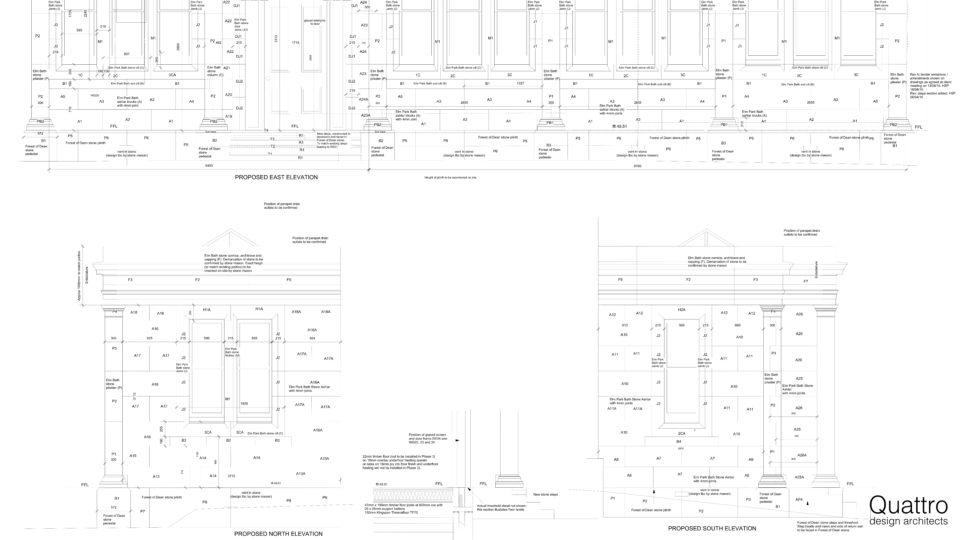 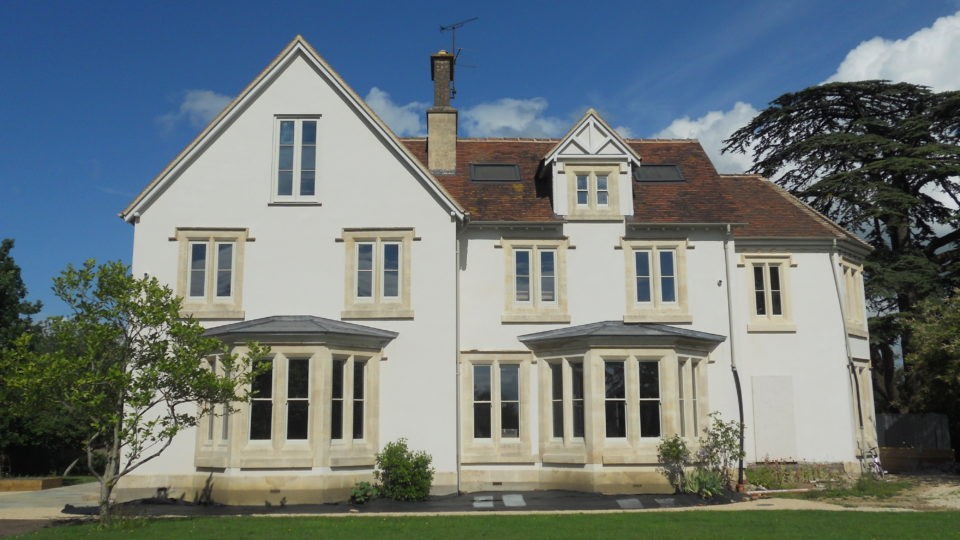 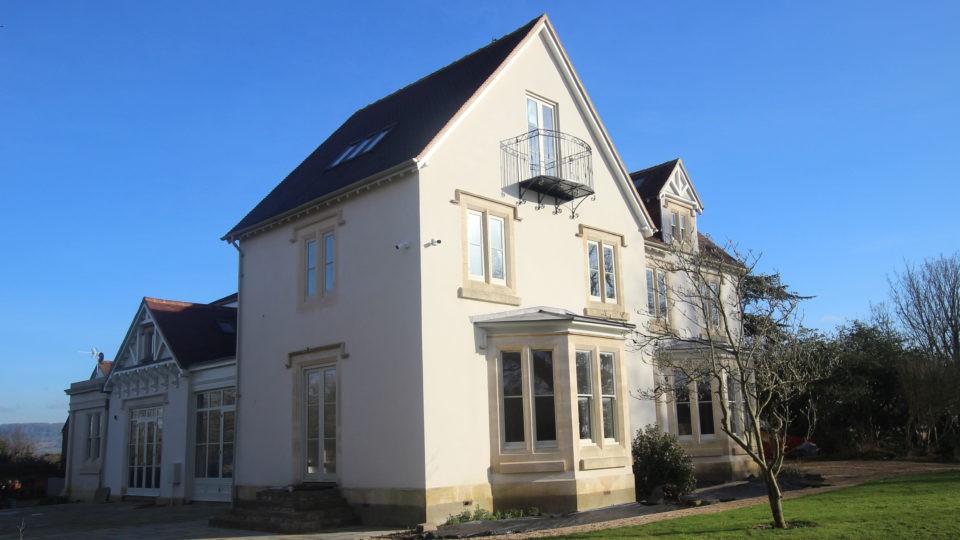 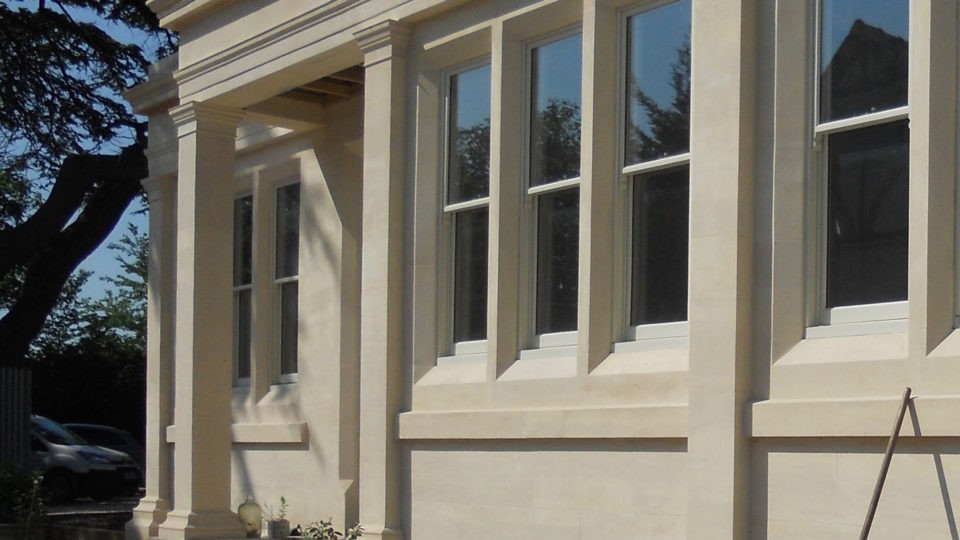 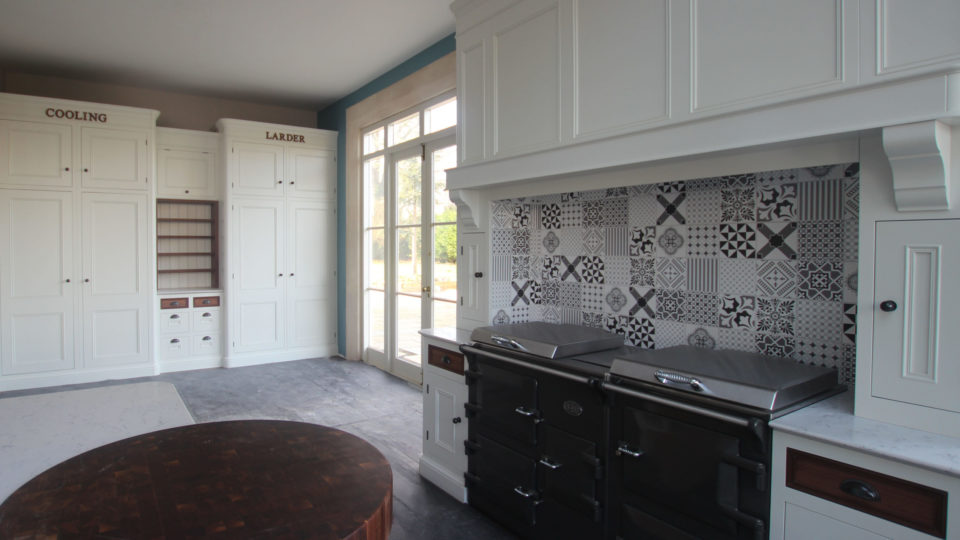 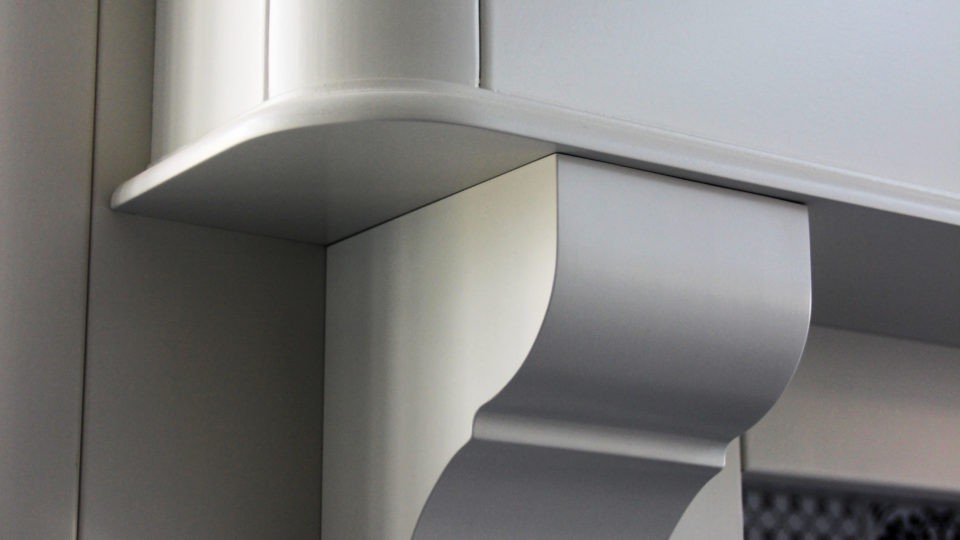 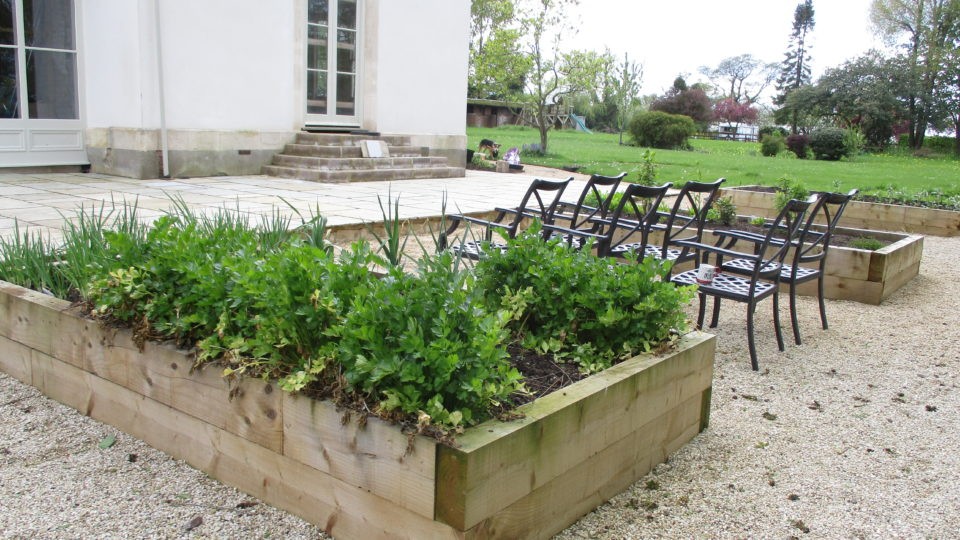 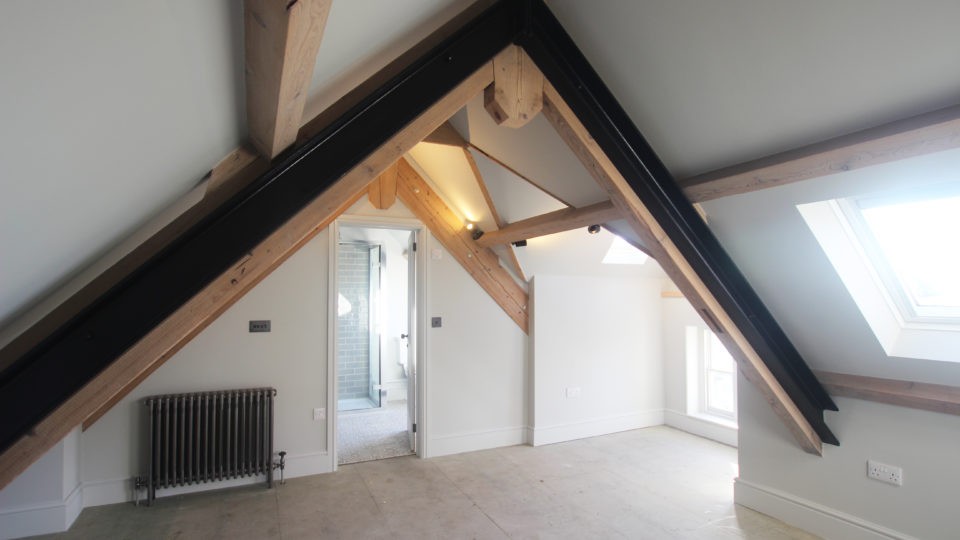 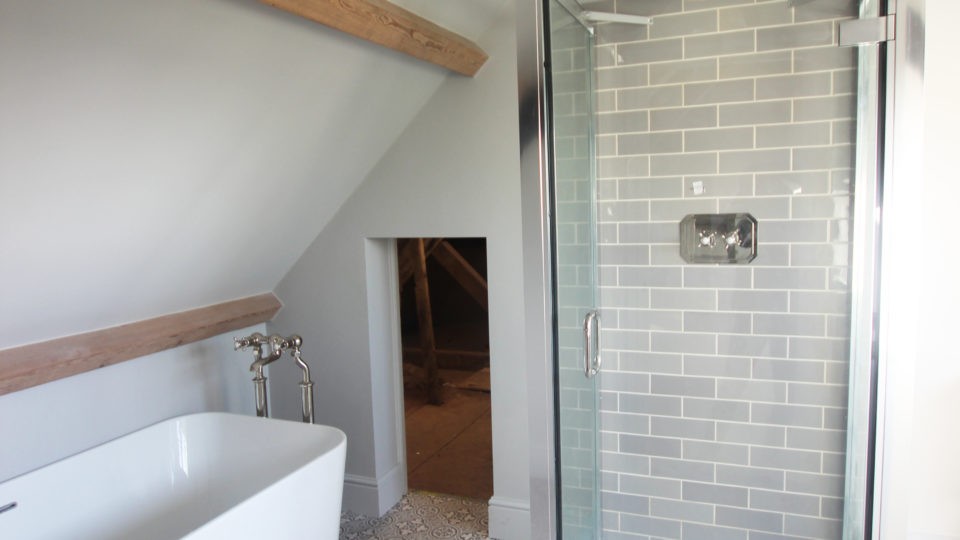 Our proposal delivered an attractive and appropriate scheme reflecting the scale of the surrounding built form, producing a design that replaced the poor-quality modern extensions and brought the house back to its former glory.

The accommodation is on three floors and comprises kitchen/dining/living, utility, bootroom, study, wc, drawing room, dining room, games room, 8 bedrooms and 5 bathrooms. The works were carried out under a JCT Intermediate Contract with Contractor’s Design. Quattro Design Architects completed the project from Stages 1 – 7 and were Contract Administrators.

Pallet of Materials specified for new extensions and renovated areas:

The project is now complete.