“The Directors and Staff are saddened to hear of the passing of Paul Knowles, who along with three others, founded the Quattro Bristol Architectural practice in May 1984 and extended the practice to form a Gloucester office firstly at his home in Rodley in 1987, moving to the city in 1990.

Paul’s contribution along with Hugh Nettlefield, Linda Martin, Angela Morrison and Robin Copeland, was fundamental to seeing Quattro through the difficult days of the late 80’s & early 90’s. I recall a bottle of wine being opened when a particular fee cheque arrived to save the day!

His warmth, consideration for others and for the environment, coupled with his encouragement of staff members under his guidance, was particularly discernable. Paul had a deep sense of common justice which is one of the many reasons why everyone who knew him will remember him with affection.

We at Quattro wish to pass on our deepest condolences to his wife Marian and children.” 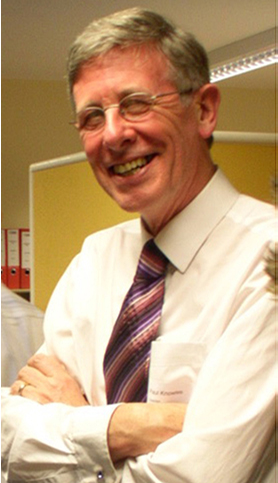