Stairs are a medium of traversal apparent in most buildings, with the common exception being bungalows. This simple device allows a horizontal path to be elevated step-by-step, gaining access to ever-higher planes; converting a single footprint into double the inhabitable area or more, depending on storey height. Since inception, stairs have led us to expect that common architectural vernacular of multiple, stacking floors.

Stairs have been matched by the invention of other vertical movements such as the elevator or travelators, which quicken travel or help those with restricted mobility. However these are all achieved by mechanical intervention. It is stairs, with their robust analogue nature, that last the test of time requiring only limited maintenance. With an example of the Hallstatt Salt Mine staircase in Austria being possibly the oldest wooden staircase in the world still standing over 3,000 years later.

Mankind is no stranger to wanting to attain a higher standing, or to control descent, with Neanderthal cave paintings of ladders dating back over 10,000 years ago.

It was also the humble stepladder that helped win the heart of The Beatles guitarist and vocalist, John Lennon, when he visited the exhibition of artist Yoko Ono, who’s installation comprised of the word “YES”, only visible at the top of a stepladder with a magnifying glass.

When formed together, steps create a staircase. These exist in many forms from a straight run to direction changing winders, half landings, or loop backs as in a spiral staircase. The standard convention for spiral staircases is to ascend in a clockwise pattern, with the first step to the left of the central supporting stem. This tradition is inherited from medieval castles and fortresses, which were designed to favour right-handed swordsmen who had a freer range of motion to swing down onto intruders.

With the application of stairs being so useful, it’s no wonder architects and designers alike have strived to make the best of stairs within their designs. Take for example Brazilian architect Oscar Niemeyer, who’s half spiral staircase in the Itamaraty Palace, Brasilia, effortlessly rises from the ground, appearing weightless with no visible supports.  This creates an impressive statement of Brazilian design and engineering to visitors of the Ministry for International Affairs. 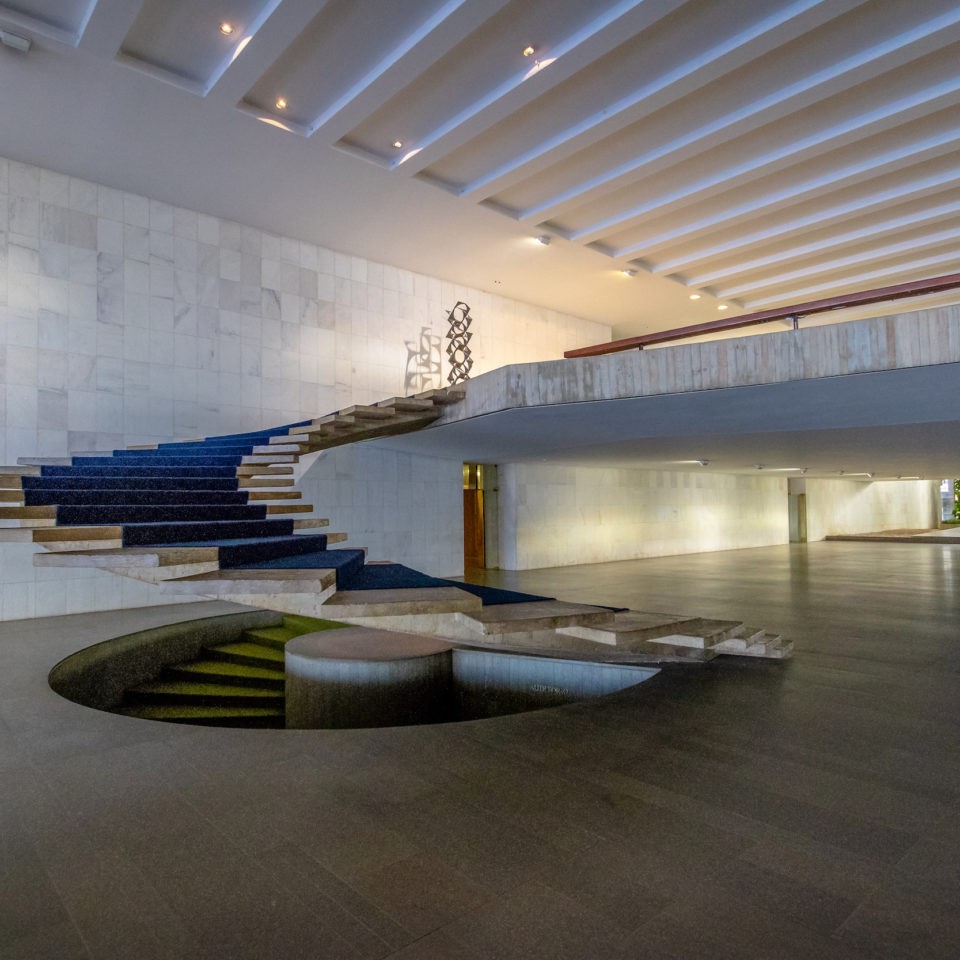 Finnish architect Alvar Aalto on the other hand, produced stairs that convey the opposite in the Säynätsalo Town Hall. These stairs are heavy, emerging from the ground like a mountain with each step a plateau, boarded by timber slats. This is a much more subdued use of stairs blending into the landscape with the tread of each step covered in grass. 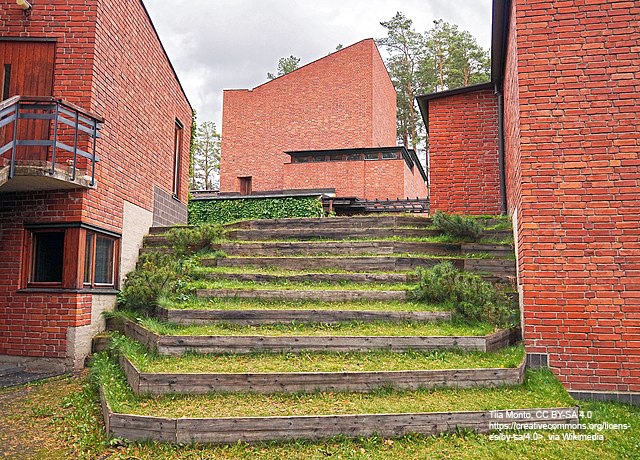 Taken to the extreme, stairs can become architecture themselves, like the Vessel in New York, by British designer Thomas Heatherwick . This uses a series of staircases that link back and forth in a honeycomb pattern to a number of platforms. At 46 metres high it provides views across the Hudson River and into Midtown Manhattan.

At Quattro, our School and Education Architects have embraced stair design: 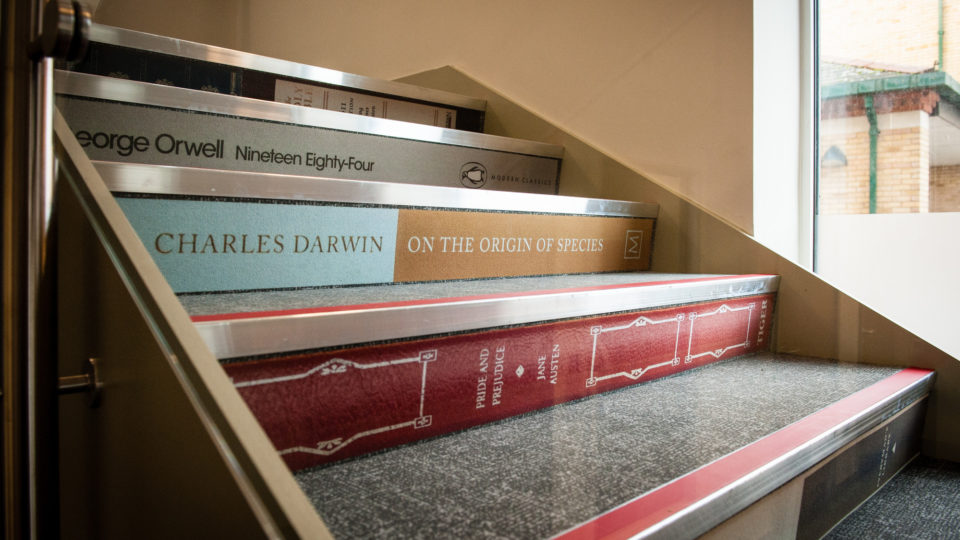 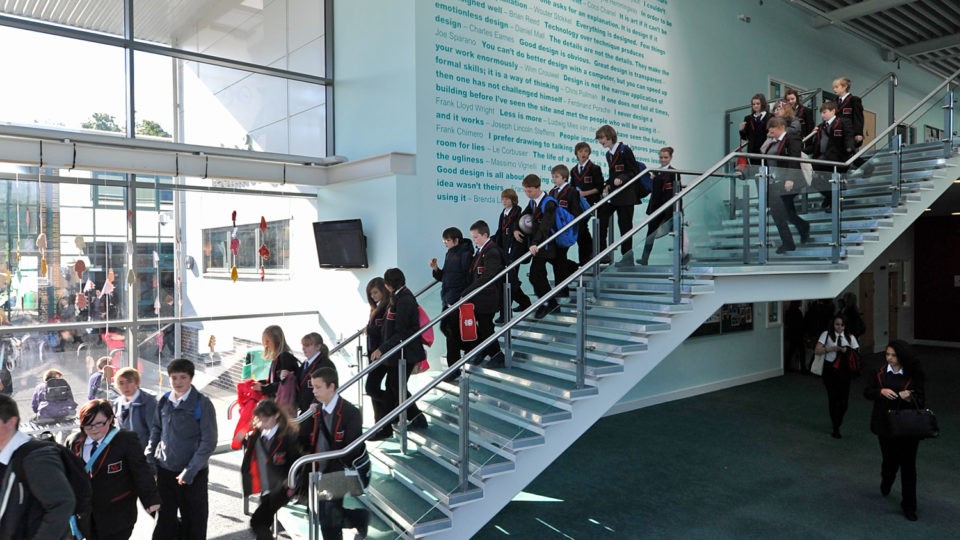 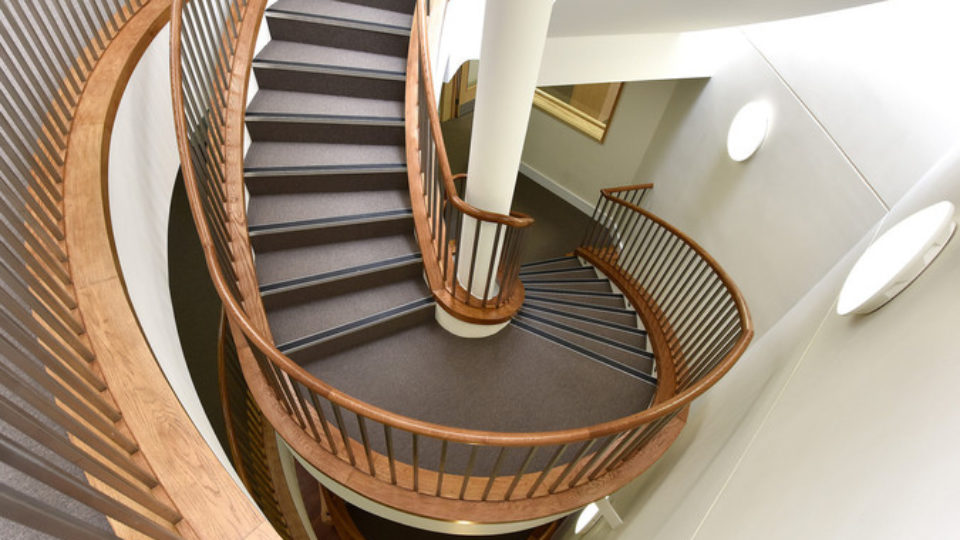 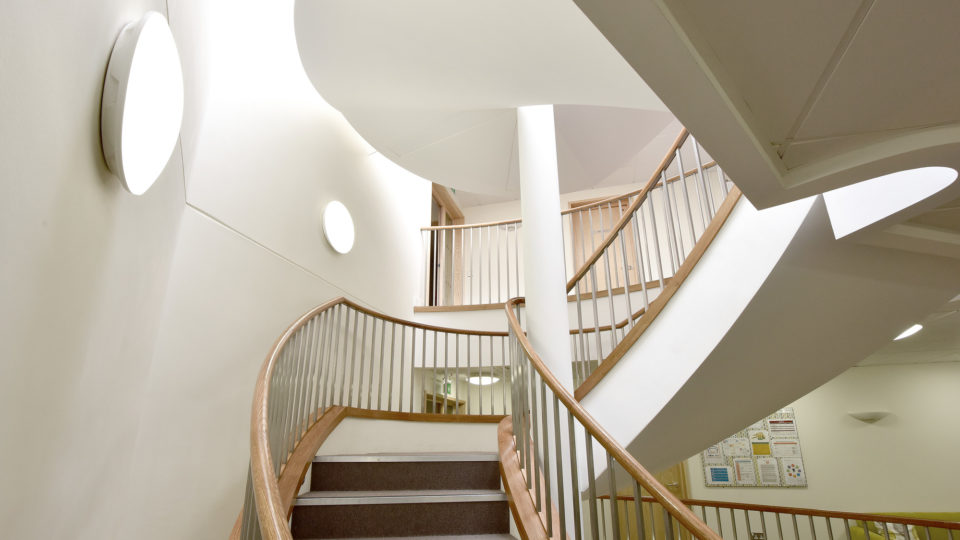 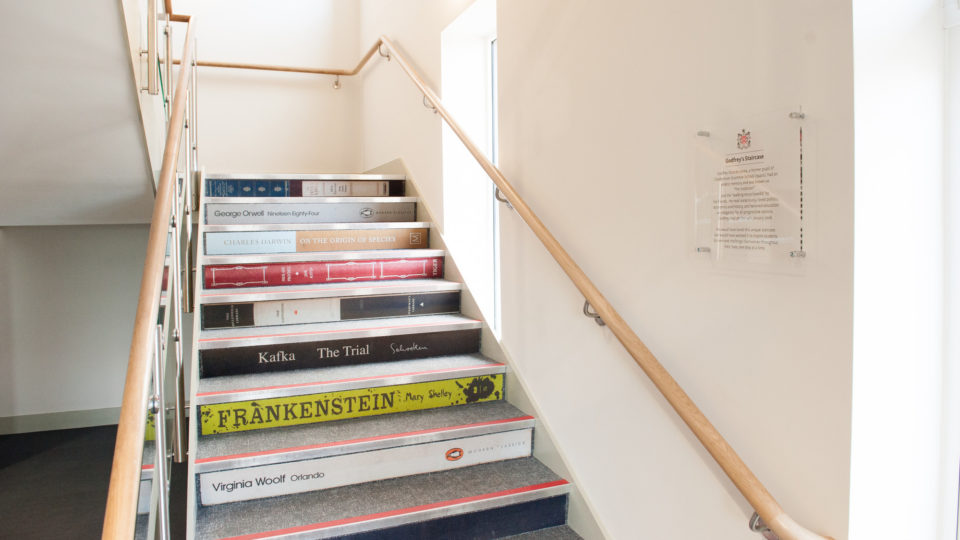 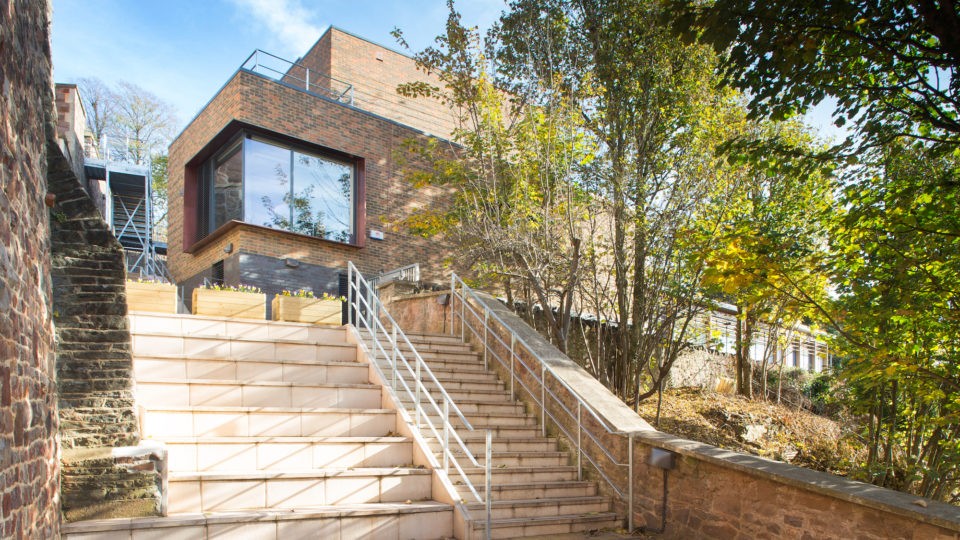 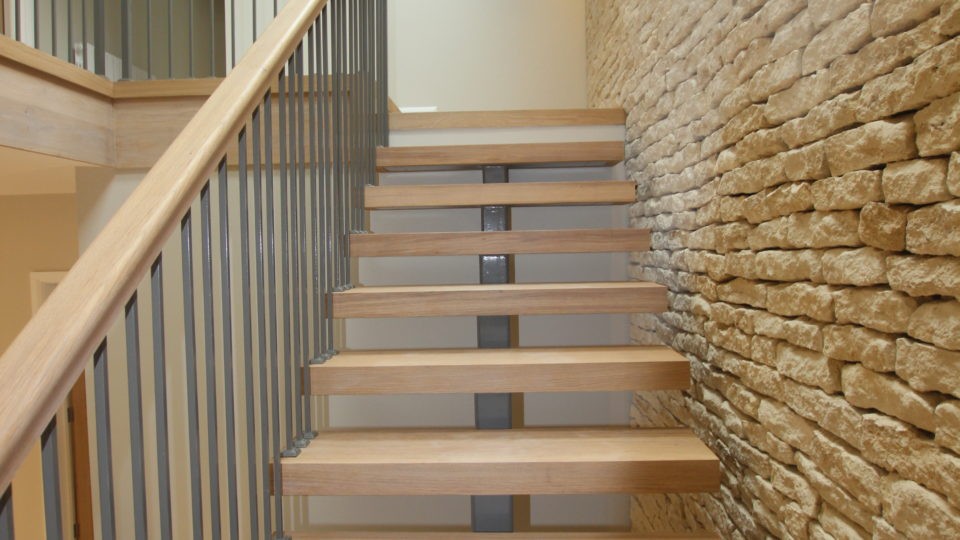 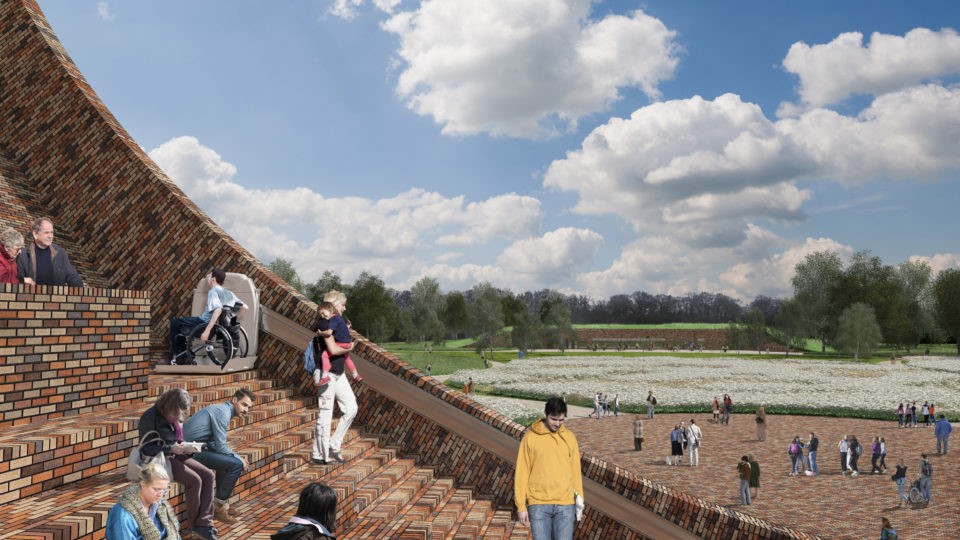 Author Dan Christison set-up and runs Quattro’s “The Design Party” – born from our passionate team’s love of Design; a place where Quattro, members meet to discuss broader design topics. Sessions encompass discussions about graphic design, art, product design, design theory and more. From these interactions, creativity is born, injecting “colour” and innovation into our portfolio. Several competition submissions, including The Wall of Answered Prayer, have also emerged from this creative forum, resulting in great success with shortlisting from the RIBA, credits from The Architects Journal, Dezeen and our mention in several news outlets including the BBC news.